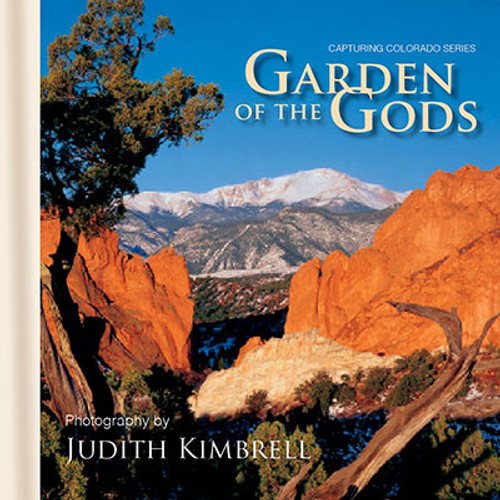 .EPUB 3.0 file downloadable to be viewed with iBooks on a Mac computer. This book shows pages as spreads so that you can get see photos that span two pages.

Requirements: This book can only be viewed on an iOS device with Apple Books on iOS12 or later, iBooks 3 or later and iOS 4.3 or later, or a Mac with iBooks 1.0 or later and OS X 10.9 or later.

Colorado landscape photographer Judith Kimbrell offers a stunning series of images that illustrate why Garden of the Gods Park has been one of the Pikes Peak Region’s most visited natural wonders for generations. This book is a visual feast: a scenic tour and a tour de force of photographic skill that will stir vivid memories for anyone who has experienced this breathtaking gallery of Nature’s creative splendor.

Garden of the Gods' Rocks in Colorado Springs, Colorado 246

Downloadable Electronic Book for iBooks- Garden of the Gods; A to Z

Balanced Rock in Garden of the Gods in Colorado Springs, Colorado 266

Slightly Damaged Copies of Hardback Book - Garden of the Gods; A to Z